I have now finished 7418 and she is seen here arriving at Bethesda Sidings with a short goods working:

The loco stabled on the stop blocks in the yard:

I've also been getting a couple of RTR locos ready for use on the layout. This really only involves running in, replacing the couplings and weathering. Both of these are light railway locos, although the Sentinel would only really have been used in the military depot at Llanddewi, at the end of the Vale of Radnor Light Railway.


Sentinel 'Llanddewi No. 2' arrives at Bethesda with a short working for transfer to British Railways:

Stabled at the stop blocks:

Also completed is the Peckett 'Brynllefrith', named after one of the villages served by the Vale of Radnor Light Railway:

Here's a short sequence, showing the Peckett arriving in the yard and 7418 departing - 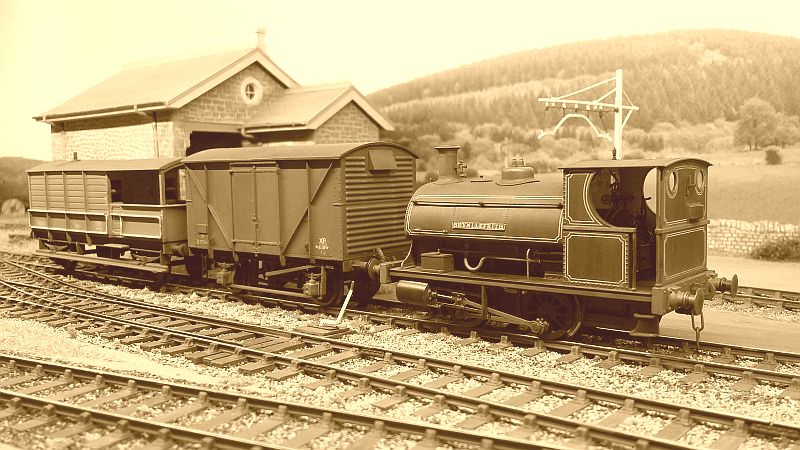 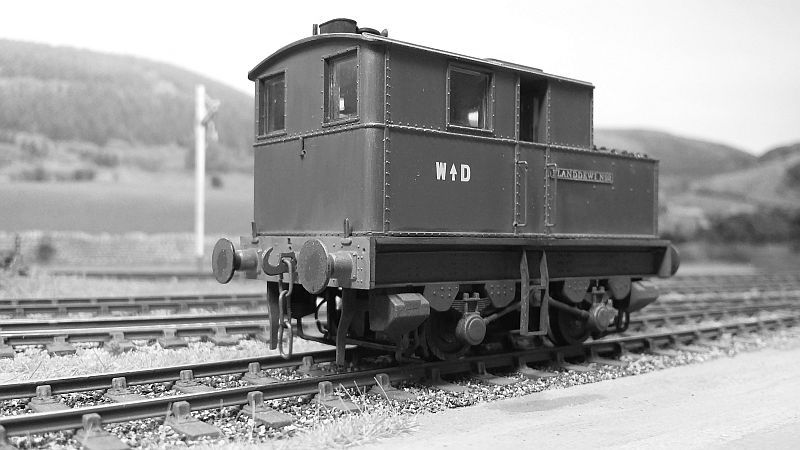 You've inspired me to weather a second Peckett, young Captain.

You've inspired me to weather a second Peckett, young Captain.

Well, I shall look forward to seeing the results!

Is it another green one or a different colour and does the base livery influence how you weather it?

Captain Kernow said:
Well, I shall look forward to seeing the results!

Is it another green one or a different colour and does the base livery influence how you weather it?
Click to expand...

I have a green one with a whistle that has gone awol.

I also have a blue example as per yours, Tim.

As for the weathering, I enjoyed the first one. However, I think the blue example will not be quite so distressed.......

I found this layout very inspiring from the day I came across it. A few years ago, I used to sit in the railway shed just watching and listening to a DCC sound-fitted 4mm 'Grange' moving slowly back and forth on a length of track and a turnout. But when I went on to construct a layout, this simple pleasure disappeared, yet for some reason I could imagine the pleasure of watching that 'Grange' in your Bethesda Sidings.

The penny dropped when a good friend showed me his latest 4mm 'plank' and my thoughts immediately turned to Bethesda sidings. The action was taking place in front of my eyes, not some distance up a 14' shed or outside in the garden, and it reminded me of my lineside train-watching days. It's time for a complete re-think.
Last edited: 19 August 2020

Captain, I wondered how wide your baseboard is?

Hi Larry, thanks for the very kind words. I'd forgotten how wide the baseboard is, so I've just checked and it's 16" (length is 4' 6", plus fiddle yard).

Captain Kernow said:
Hi Larry, thanks for the very kind words. I'd forgotten how wide the baseboard is, so I've just checked and it's 16" (length is 4' 6", plus fiddle yard).
Click to expand...

A pannier waits in the yard for the shunter to finish his brew in the adjacent cabin: 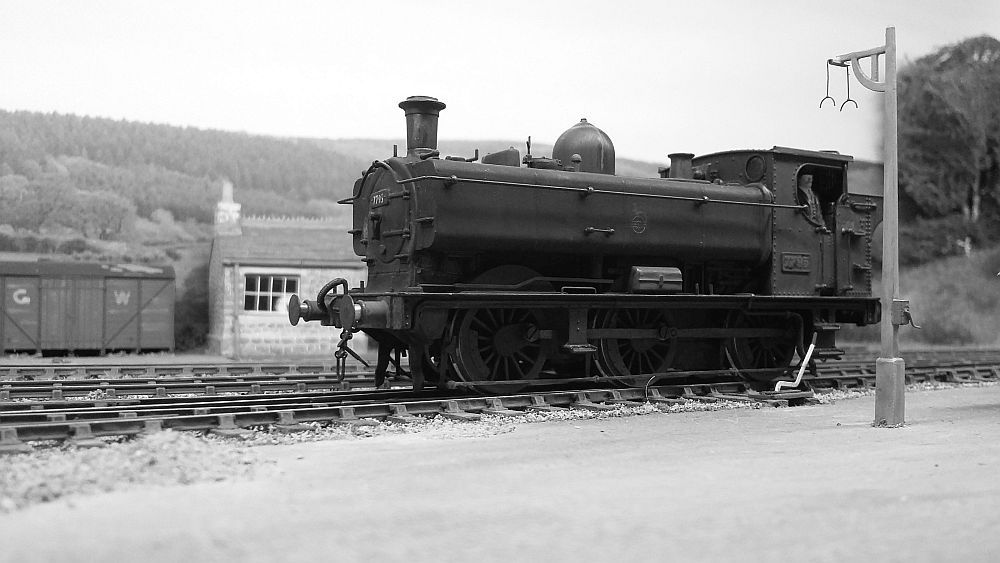 Hi Captain, I am building a road bridge with a similar function to yours i.e.: carrying a farm track, and I was wondering how wide your road is. It would be useful to know seeing as I have no 7mm scale road vehicles at the mo.

Thanks in advance.
LarryG

LarryG said:
I was wondering how wide your road is. It would be useful to know seeing as I have no 7mm scale road vehicles at the mo.
Click to expand...

The good Captain is aware of my bridge build and vehicle so I am sure he won't mind me posting in an attempt to help if I may.

Here is a 1:43 scale model which I converted from a "foreign model bus" last year showing the width if it helps. The bridge WON'T be accommodating the bus it as I have made the bridge as a scenic break to the fiddle yard but it may give you some ideas. 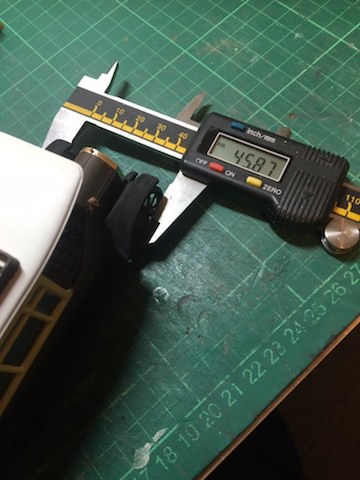 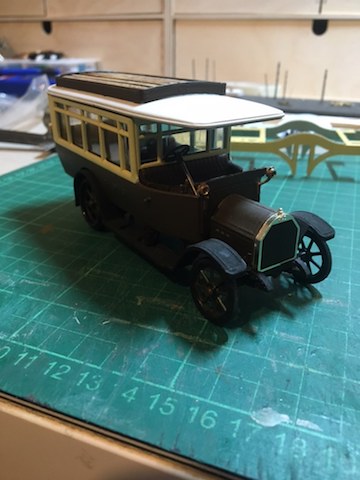 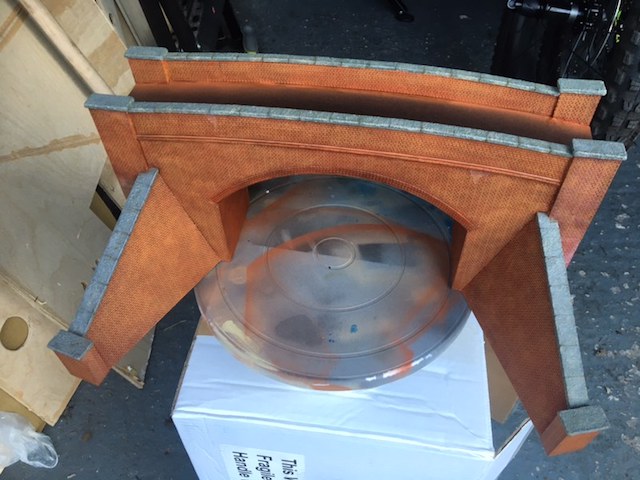 The distance between the brickwork is 64mm.

There were standards laid down for the carriageway widths when the railways were built. This depended on the standard of road being carried. I have this info somewhere if you're interested Larry?

Thank you both for getting back to me. The bus width measurement is something to work on. The road I fitted two days ago was much wider and was based on dimensions of the road over Carrog station. But I now realize the construction of my model represents a bridge with light loading so a dirt path will be fitted now similar to access bridges we have around North Wales.

My two bridges carrying tracks over the line on Blakeney are 70mm wide. Wide enough for a Land Rover to traversewith room to spare.

The road over my bridge is a farm access track only. The width between the two girders is 47 mm. Hope that helps (the Landrover belongs to the farmer, by the way!). 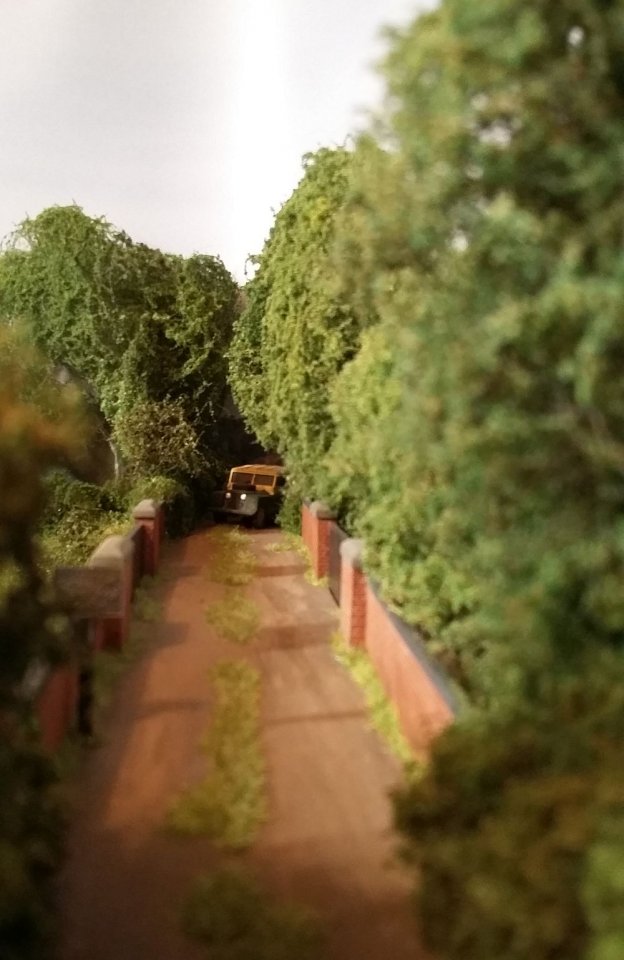 Hi Tim, as per usual I am very late in on the act but I have to say I have this a very interesting and inspiring layout. Sometimes I did forget it was 4 mm!

Thank you for posting this little saga.

Army loco 'Llanddewi No. 1' shunting in Bethesda Yard, prior to working back up the Light Railway to Llandewi:

Nice photo CK. Is the 16t for the sausage roll delivery?

Pencarrow said:
Nice photo CK. Is the 16t for the sausage roll delivery?
Click to expand...